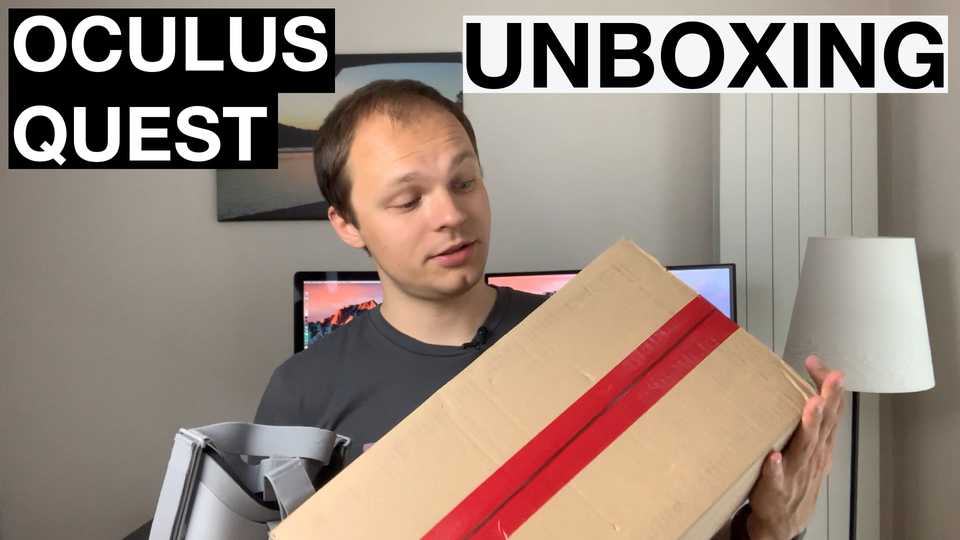 Welcome to an unboxing and first impressions post for Oculus Quest! I already have an Oculus Go to which I will be comparing the Quest to. So…let’s get the Quest out of the box!

Neither the video, nor this post is a paid endorsement, the Quest was this year’s F8 giveaway, so - thank you Mark! 😉

The headsets are shipped from the Netherlands within Europe - the package arrived intact, neatly wrapped.

In order to open any kind of box or letter in Switzerland, it’s almost implied one needs to use a Swiss Army Knife! We’ve actually have had this one in the family for over 30 years and I’m sure I’ll pass it on one day, too.

The layers of packaging were:

I feel like we could do without the plastic layer, to be honest. The headset would survive just fine. We don’t need more plastic in the trash.

There is a sense of Apple’s wow effect after opening - the headset sits in the box neatly placed with the controllers underneath the band that goes around your head. The box contains everything you’d expect: 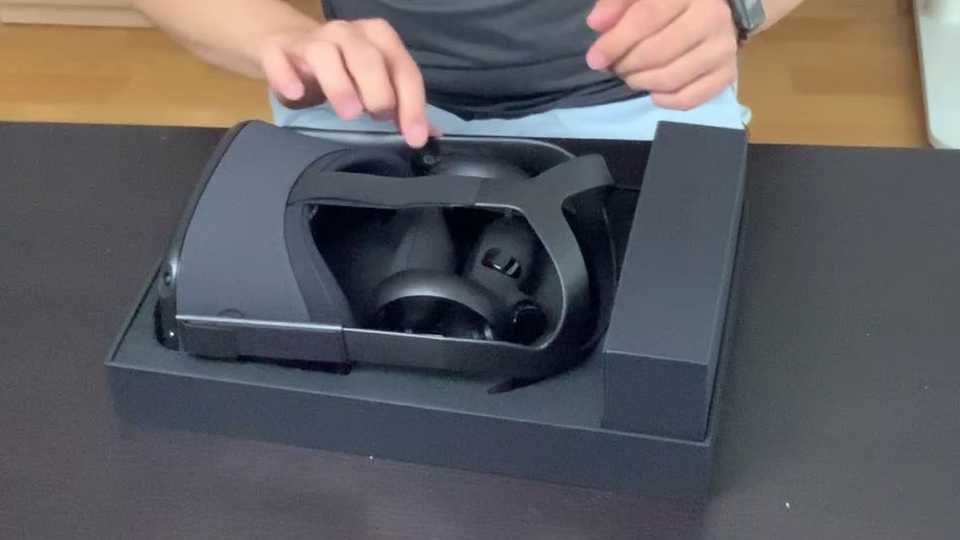 The first impression of the headset is VERY nice. The materials feel really nice and not cheap. There is a cloth layer on the inner side of the headset and the plastic on the controllers has a really nice feel. Unfortunately the controllers use AA battery each instead of a rechargeable option such as in a PlayStation controller, but at least the battery door slides in using magnets, therefore you won’t face the situation where the closing mechanism breaks and you can no longer close it. The headset has adjustable distance of the displays (binoculars) and is a bit on the heavy side (571 grams as opposed to Go’s 468 grams). For the first few minutes I couldn’t find the on/off button (seriously…), but it’s there, on the side, just unmarked. To give credit, where credit is due - the Oculus App does show where everything is, but you want to play with it right out of the box, because nobody wants to read the manual! 😉

After a brief charging session, I was able to turn the headset on and pair it with the Oculus App. 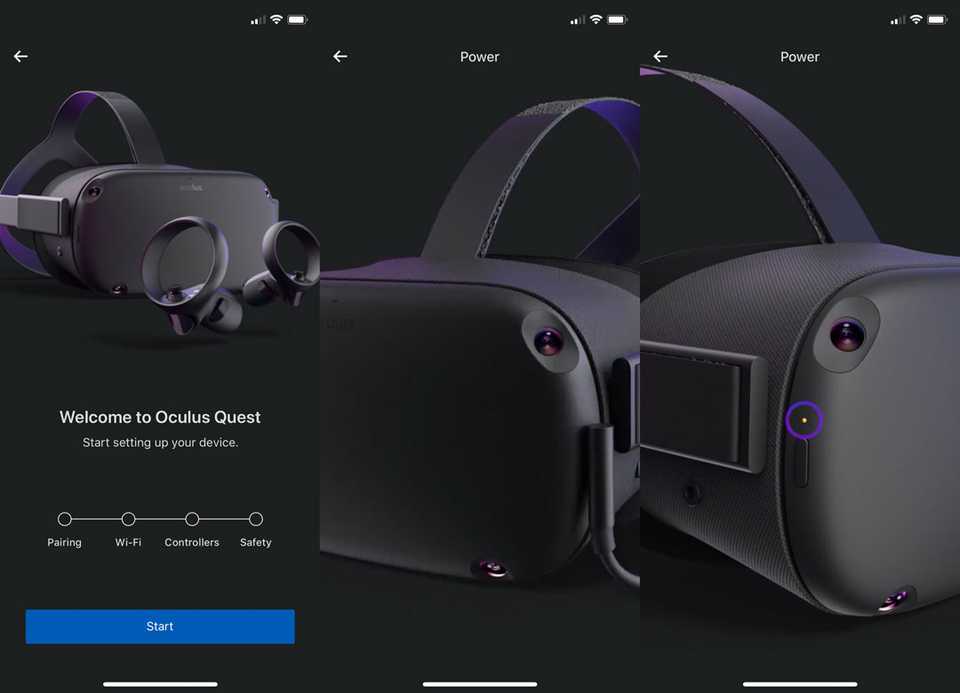 The setup is straight forward and takes you through everything, including all safety procedures.

Without digging deep and trying anything, there are noticeable differences:

But the main difference in the capabilities of the headsets is the range of freedom. 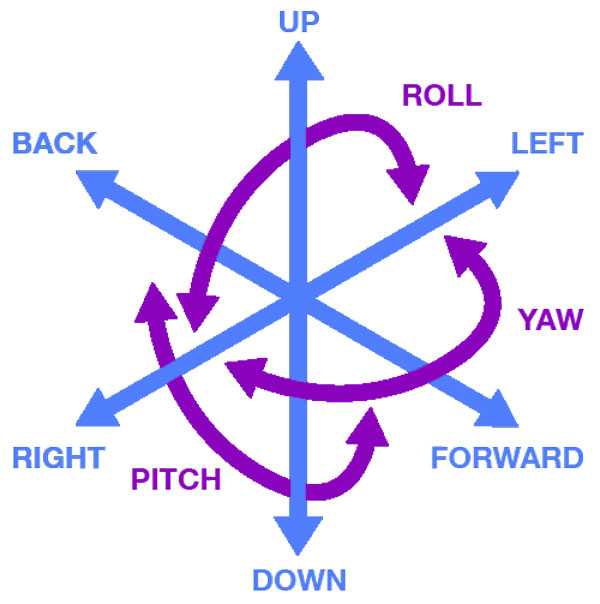 While the Go has only three - those depicted in purple:

Meaning basically that you should be seated while using the headset, whereas the Quest (depicted in blue) also adds the freedom to actually move:

That opens new possibilites - but you know the saying “with great power comes great responsibility”. Thanks to the cameras on the headset, you can easily set up a safe play area wherever you are without taking the headset on and off.

Once set up, the Quest takes you through the VR tutorial known from the original Rift, where you learn how to interact with the difital world. I had to cut that part from the video, otherwise it would be 20 minutes of me looking genuinely impressed. The first game I purchased was (obviously) BEAT SABER. This game shows the power hidden inside the Quest - virtually no latency, great graphics, great music. 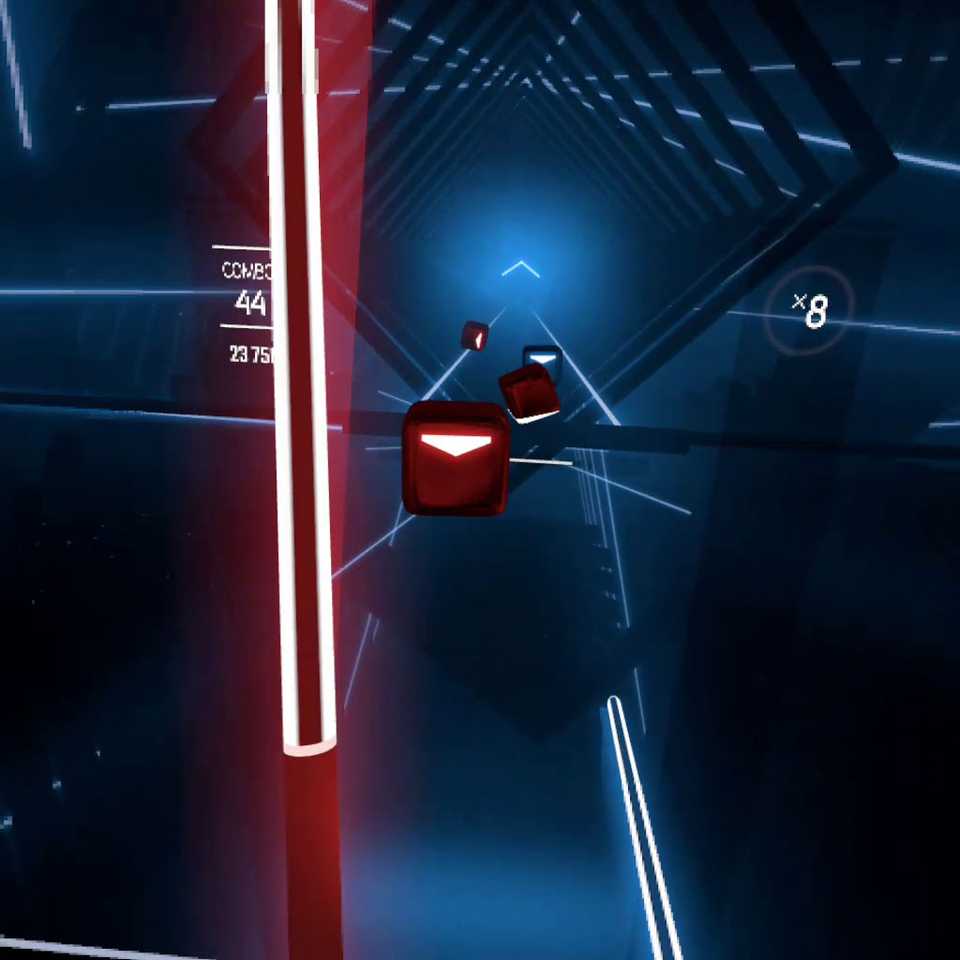 There is also Vader Immortal of course. Go try it out, whichever suits you the best.

The future looks really bright for this kind of technology. I could imagine the Quest to be a platform for many use-cases. Maybe even in the medical sector - e.g. after stroke when a patient needs to re-learn how to get back to daily life and use certain items. Or maybe it could serve as a training platform for more complex systems. Sky is the limit.

All in all, the first impressions are…impressive! Feels good, latency almost none, games make me feel like going back to it. But here is what we are wondering in Pixeesoft - what can WE make it do? 😏 We’ll explore the possibilities and come back to you in a later post.

So, that’s all for the unboxing, but let’s hear from you now - What uses do you see for VR? Just pure gaming and entertainment, or do you see some use-cases in the enterprise? Let me know on any social platform - facebook, twitter or instagram!